Donald Trump has chosen Gov. Mike Pence of Indiana to serve as his VP.

Are you surprised? I know I am!

I’ve had the pleasure of knowing Mike Pence. When I ran for Congress in a special election in 2011, the establishment Republicans were afraid to a make a stand.

The only Congressmen who endorsed me publicly were Dana Rohrabacher, Tom McClintock … and Mike Pence.

What else does he bring to the Trump campaign? An outreach to conservatives, libertarians, conservative Catholics, and evangelicals.

One of the most conservative members of the House of representative during his tenure, Pence brings a sober, calm, yet a very convincing balance to the Trump ticket.

So, why did Trump pick Pence, a long-time elected officials with low name-recognition, who is hardly a flashy media type such as himself?

1. Trump wants to shore up disgruntled social conservatives who originally voted for Cruz or Walker. Pence has declared his personal as well as political convictions very clearly: “I’m a Christian first, a conservative second, and a Republican last.”

2. He wants a running mate who can work with Congress and pass an agenda

3. Pence is a governor. A lot of conservatives supported different governors throughout the Election 2016 primary process. Trump wants added executive experience on his ticket.

4. Pence represents Trump’s outreach to working and middle-class voters in the Rust Belt—Wisconsin, Indiana, Ohio, and Pennsylvania, as well as Michigan.

5. Pence represents a symbolic victory for Trump, since that was the last state with a contested Republican primary. When Cruz lost by double-digits, he dropped out.

6. He embodies the three key legs of Reagan conservatism: pro-life and pro-family, fiscal discipline (he voted against every House budget), and a strong national defense.

Pence has a lot of great qualities about him. Here are some interest facts about the Governor of Indiana:

There are some negatives for Pence:

The best thing about this selection is not just if something bad happens to President Trump.

If Trump has one or two terms, Mike Pence will be the strong favorite to run for President after him. He could transform our nation for the better.

This choice is a major positive for this election. We could see 16 years of incredibly powerful improvement and growth for our country.

Now, check out your letters with your thoughts about Pence as VP:

Trumps running mate is Mike Pence. Haven’t heard of him. It said on the news he and Trump had some
disagreements but in general are in agreement. – Angella R.

I had been hearing all kinds of rumblings about Mike Pence on the 700 Club.  To me we dodged a bullet on this VP choice since the pro-life vote and Christian evangelicals would have been splintered on Chris Christie, Flynn, or John Kasich. I would have been happy with Dr. Ben Carson as well for the VP slot though he is more vulnerable to being treated like a kooky kind of Christian by the mindless media.

Plus while I like Newt Gingrich in many respects, I don’t think we need two candidates of the same older age bracket. Mike Pence is in his fifties and looks young even with all that white hair. Makes a difference for many people. Plus Newt does have a bad divorce on his record and something of a scandal in regard to the way he treated his wife. That would have been rehearsed in the media over and over. – Anne 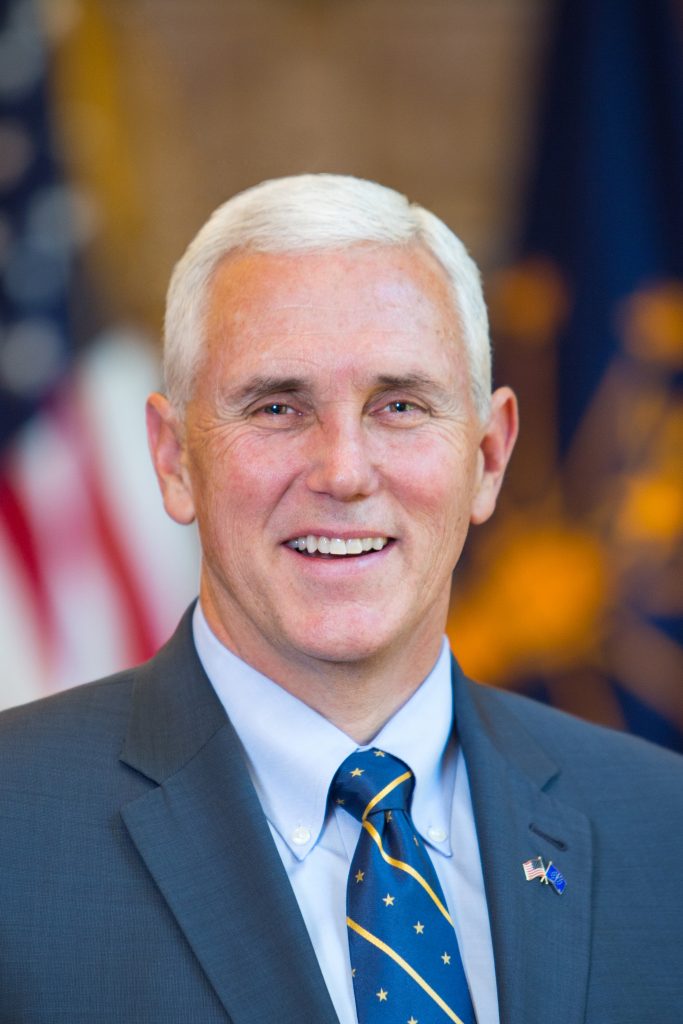 “Thank you!” for your continued messages, I sincerely do appreciate receiving them. Well, Trump has made his decision. Mike Pence. I pray our heavenly Father has heard my prayers, we need to get America back to its Judaeo Christian roots. And Mike Pence is an evangelical Christian. God bless you. In His Name:  — Lenore P.

We watched Hannity’s interview with Mike Pence tonight and were extremely impressed with his responses to some difficult questions.  Glad to say that Pence passed our scrutiny although we knew very little about him before tonight.

Trump obviously made a thoughtful and wise choice, not only for himself, but for all of America and our future.  —  Kitty G.

I am on MoveOn’s mailing list because it is a way to know what the enemy is up to. I just received the message below today from MoveOn. If the Left is so in the tank against Mike Pence, who can imagine a better recommendation for him AND Trump. The Leftroids are running scared. Watch them pull all stops in an effort to destroy Trump & Co. But Pence, like Trump, is sounding more and more like what Conservatives want to hear, if you use the hatred stirred up by him regarding abortion, etc. Lovely…

Note also that MoveOn.org is a George Soros operation and the last I heard, he’d spend more than $30 Million Buckaroos in actions against Republicans and Conservatives. And they want to force Trump to spend more money? Ha! — Bob L.

After listening to Mr. Pence on Hannity last night, and at the formal Vice President announcement today I am pleased with Mike Pence as GOP VP! Hearing his record, listening to him speak, and answer questions he is very thoughtful, articulate, and exudes a confidence that most definitely compliments the Donald! They are a winning team! Pence’s record for Indiana is exemplary! Let us hope all top Republicans of the party will feel more at ease and confident with the addition of Mr. Pence to the Trump ticket! I know I do! All GOP leaders need to get on board. Jeb Bush too! He needs to keep all his negativity to himself as well as all the other nay-sayers. I have cringed a time or two when the Donald talks, although, it goes with the territory. He does not hold back for sure which is great most of the time. We need huge change and that is actually what this team wants to do for the United States! – Pamela

Let me know what you think of Mike Pence as Trump’s VP. Email me at [email protected]