Those who advocate for criminal justice reform are nationally right.

Too many lives have been ruined by overzealous and inflexible mandatory sentencing requirements.

But the liberal policies over the past thirty years have been a total failure.

The answer is true civil reform against injustice, not blindly releasing thousands of violent prisoners into our neighborhoods.

Across America, good criminal justice reform is happening with Democrats and Republicans.

Decriminalizing certain offenses, which are not harming anyone in society, for example.

Or sentencing someone with a misdemeanor instead of a felony for a violent crime, because a felony record can ruin a person’s life, as well as the person’s family.

Overcriminalization hurts all of us.

This proposition claims that only criminals who have committed “non-violent” crimes would be eligible for early release. That sounds good.  The bill defines violent crimes within a class of only 27 criminal acts.

The truth is that California would be allowed early release for these crimes: 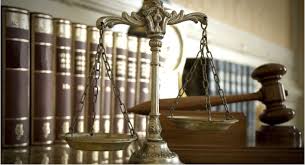 Instead of letting thousands of violent felons go free, and instead of permitting violent acts to go unpunished, criminal Justice reform needs to focus on the following:

What do you think? How should we reform our criminal justice system to protect our citizens and save money? Email me at [email protected]