So, how are the two major Presidential candidates doing in the email campaign portion of this election?

Here are some very interesting charts which detail the volume of their email lists, the open rates, and other data (Source: ReturnPath.com) 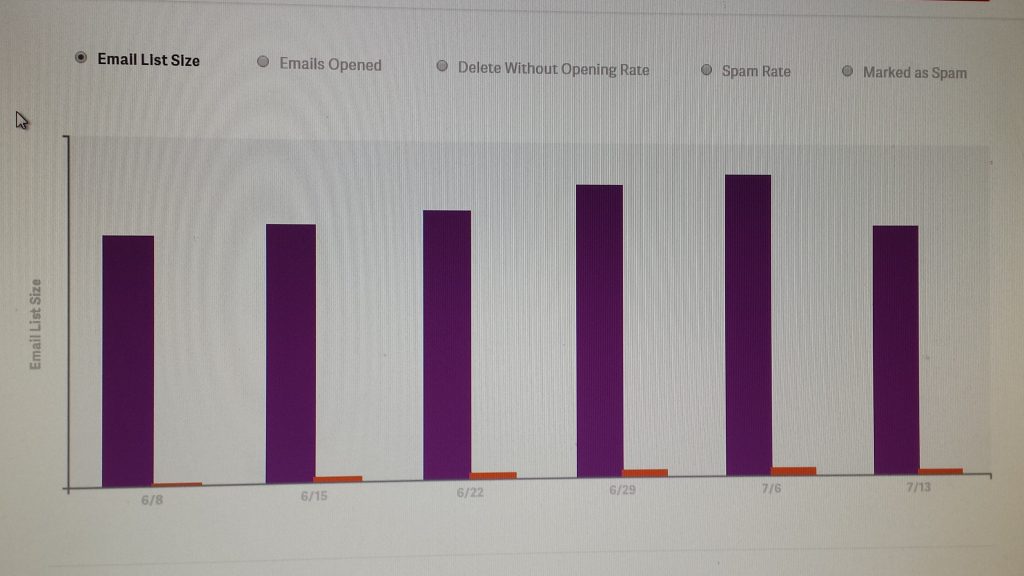 2.  Here is the percentage of emails opened: 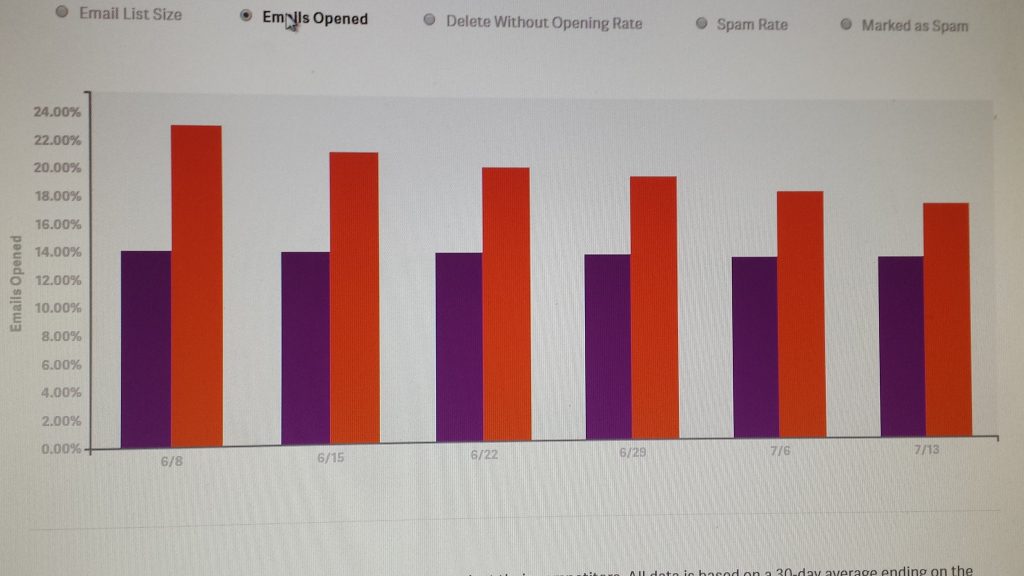 Trump nearly doubles Hillary for the percentage of emails opened.

3. What percentage of their emails were deleted without even being opened? 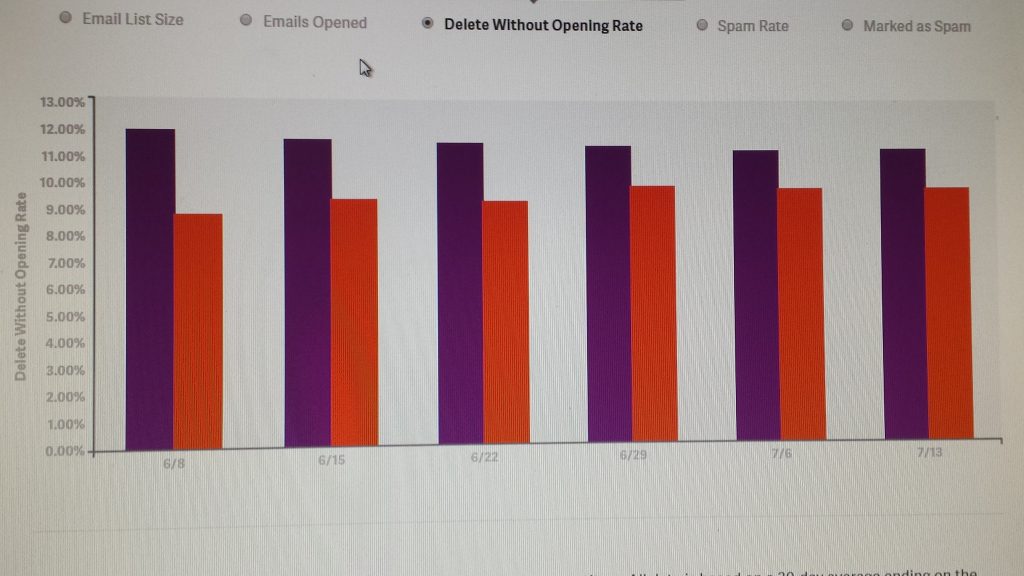 4. Here are the charts for the spam rates for both candidates’ email campaigns: 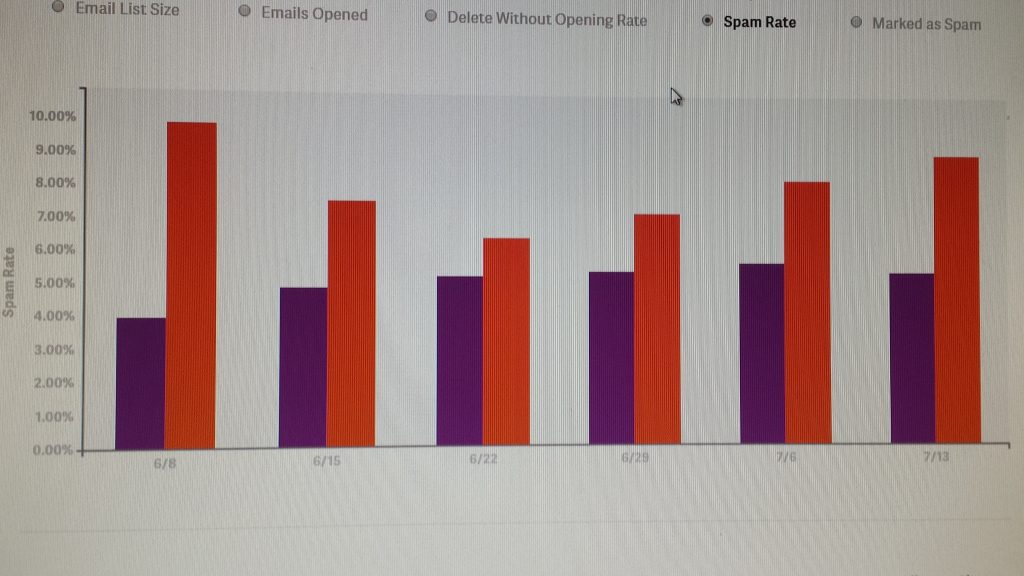 Trump’s emails have a much higher spam rate, more than twice as high for one week.

5. Now, what percentage of their emails are marked as spam? 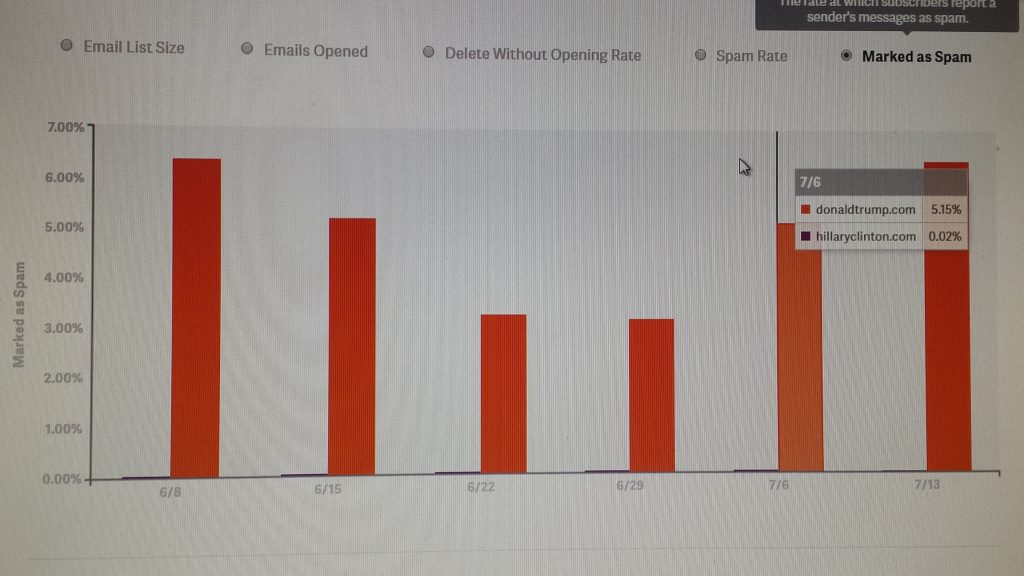 Now this statistic is very disturbing.

Donald Trump’s campaign team needs to investigate this trend. At least six times as many of Trump’s emails are getting tossed into the spam folder compared to Clinton’s.

What do you think of these data? How will all of this effect the November election? Email me at [email protected].