I’ve received a lot of letters from confused and frustrated readers.

So let’s take a look.

For sure, Donald Trump will be our next President.

But critics are slamming the outcome because Hillary Clinton has won more of the popular vote, or more individual votes from voters all across the country.

Most Americans are still a little unclear about the Electoral College, why it exists, and why it’s important to our republican form of government.

Notice that I did not write “democracy”, since the Framers of our Constitution purposely created a republic, not a democracy. The key reason is that a constitutional republic protects the rights of minorities from a tyrannical majority. 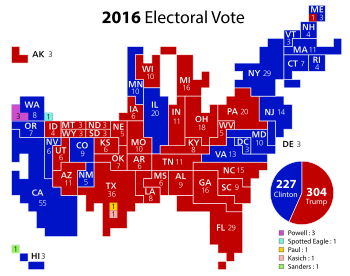 The Framers wanted to ensure a system in which small states as well as large states would have an influence in the Presidential election.

The truth is, when every voter goes to the polls, he is not directly electing the President and the Vice-President, but rather a slate of electors to vote for President in Washington DC on December 19th.

This whole process is spelled out in the United States Constitution.

Candidates select a slate of electors from within each state. Federal elected officials and government employees are barred from serving as electors, so as to avoid conflicts of interest among electors when casting their votes. When the candidate wins the primary for that state, the slate he assembled will then become his electors in the general election—if he wins his party’s nomination.

If the candidate in turn wins the general election, his slate of electors will vote for him in the Electoral College vote in December.

Despite outspoken critics of the process, including the retiring US Senator Barbara Boxer (D-California), the Electoral college is here to stay, to ensure a representative, republican form of government.

The Framers designed the Electoral College for the following reasons:

The Electoral College also guards against voter fraud, since criminal elements have to target key swing states to sway the final outcome, which is very difficult to do.

If a national popular vote serves as the final determinant for president, candidates would only visit highly concentrated urban centers while ignoring small states completely. Presidential candidates would ignore New Hampshire, Iowa, and even Hawaii, but would concentrate their time and resources in California and New York, and specifically in Los Angeles, San Francisco, and New York City.

Shouldn’t the President of the United States respect and represent all Americans?

To learn more about the Electoral College and its importance, click below:

Did you learn anything new about our political system which you had not known before? Let me know what you think. Email me at [email protected].