Trump stirred up a lot of controversy among Republicans.

Since his announcement to run for President, Donald Trump has offered some strange views on issues, which have caused concern.

He says he would fund Planned Parenthood, but not the part which performs abortions.

He had claimed a pro-choice record, but is now pro-life, and will nominate pro-life Justices to the Supreme Court.

His latest speech on economic growth and trade impressed millions of voters, as well as business owners and entrepreneurs.

On immigration, he gets an A rating from Numbers USA, which advocates for lower immigration levels and strict enforcement of the law.

On religious liberty, Trump has declared his determination to repeal the Johnson Amendment, which has prevented churches from speaking out more boldly on political issues. He also wants to protect Christians, and forge a strong partnership with the state of Israel.

Despite his statements in the past on gun control, Trump is now a vocal supporter of the Second Amendment, and has received the endorsement of the National Rifle Association. 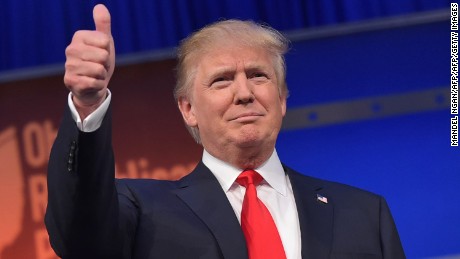 On other issues, Trump’s views line up with the Republican Party Platform.

And some of his stronger stances on immigration, like building a wall along the U.S.-Mexico border were added to the GOP platform during the platform committee.

There are still growing concerns about Trump’s political views on other issues, like transgender bathrooms, but we will keep you posted.’