It’s the day you stop working for the government.

It’s the day every year when the total income of all Americans has finally equaled the total federal, state and local tax burden for the year.

It’s the day when taxpayers as a whole finally get to keep their own money.

This year – taking into account the big Trump tax cuts – Americans will pay $3.39 trillion in federal taxes and $1.8 trillion in state and local taxes.

Assuming national income is earned at a uniform rate throughout the year, it takes 109 days to earn 30% of your annual income … and to be set free.

This means that Tax Freedom Day – nationwide – occurred on April 19th this year.

On average, everyone worked for the government for over 3 months…

The actual Tax Freedom Day varies from state to state because of differences in state income tax rates … it even varies from county to county within a state since some counties charge a higher sales tax rate than other counties within the same state.

Here are a few key facts about Tax Freedom Day 2018 and how it compares with previous years: 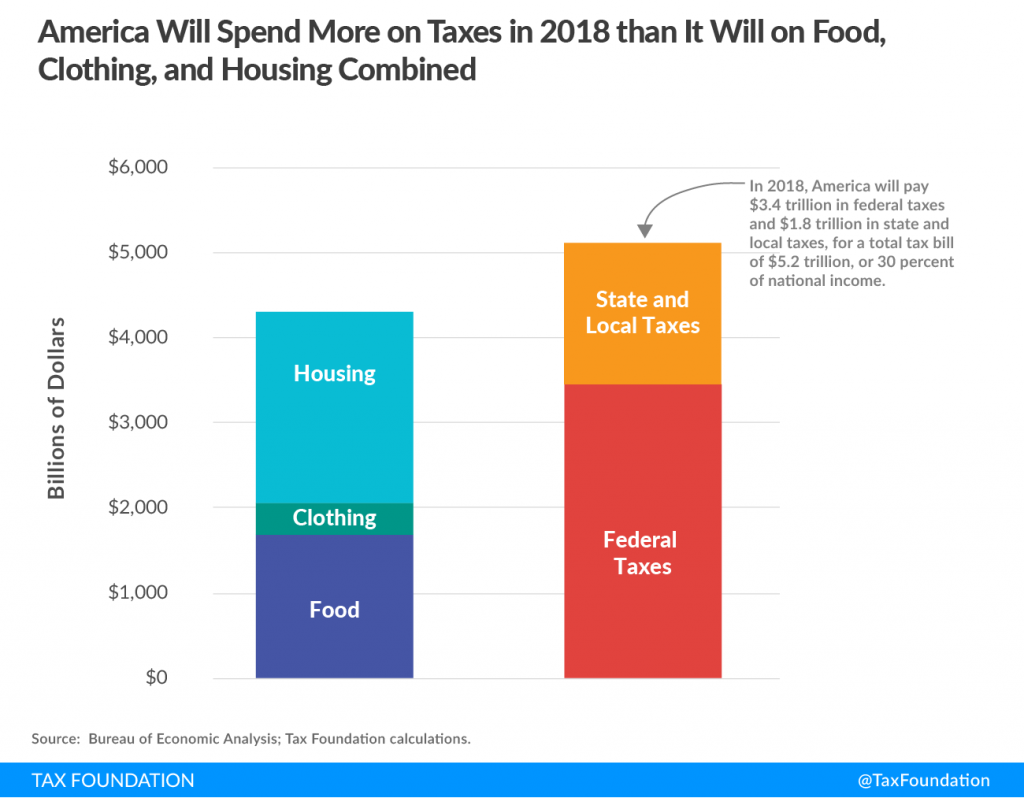 Working for almost one-third of the year to pay the nation’s taxes reminds me of Tennessee Ernie Ford’s famous song of the late 1950s, Sixteen Tons.

If you’re old enough to remember this song, listen to him singing it here:

It’s time to stop the legalized plunder of working Americans.

It’s time to start keeping more of what you’ve earned.

What do you think? Write me at [email protected]