SB 1146 has stalled in the state assembly.

The legislators removed another offensive portion of the bill last week.

That part which would have required Christian colleges to report to the state every time a student was expelled for violating the college’s morality codes.

But the fight is not over.

The state legislature has until August 31 to pass the bill to Governor Brown’s desk.

One portion of the bill remains, which requires the institution to publish widely—extravagantly—their Title IX exemptions.

This is public shaming.

No other private institution has to undergo such additional demands. 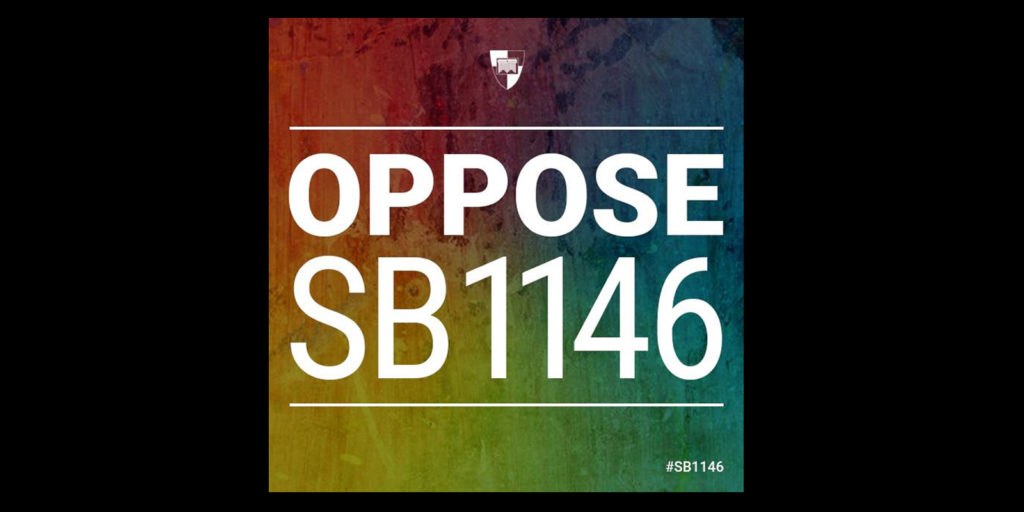 And such a law is completely unnecessary.

Besides, they already publish student handbooks, which outline their moral codes!

SB 1146 is wrong for every reason, discriminating against Christian colleges and Christians in general

And the progressive left, including SB 1146’s author State Senator Ricardo Lara, will introduce a similar bill limiting religious freedoms during the next legislative session.

Lara still wants legislation which would force Christian colleges–and other Christian institutions to:

Send the message that we will double-down in our fight for our rights.

The First Amendment is still under attack, and we need to fight back!

Sign our petition, and send the message to Sacramento lawmakers:

If you have any questions, please contact me at [email protected]