Where do Millennials stand on communism/socialism?

“For even when we were with you, this we commanded you, that if any would not work, neither should he eat.”

While the vast majority of elder voters Baby-boomers (Americans born from 1946 to 1968) believe that Communism is a serious problem, only 55% of Millennials share the same views.

Their lack of knowledge about communism may be contributing to their mild enthusiasm for this destructive, wicked ideology:

This unsettling ignorance about communism reflects the terrible lack of historical teaching which students receive in k-12 education or college.

How do we solve this problem?

We need to blow open the public school system, dismantle the teachers unions, and bring real teaching to the elementary and high schools.

To end this communistic indoctrination, we need to give parents school choice.

Universities have also become the epicenter of this communistic invasion. Dramatic structural change is needed. The professors and administrators are bringing up a generation who do not know about freedom, the failed history of socialism, and teach intolerance to other points of view.

Your thoughts? Email me at [email protected].

By the way, check out the exit polls on Election 2016, and tell me what you think: 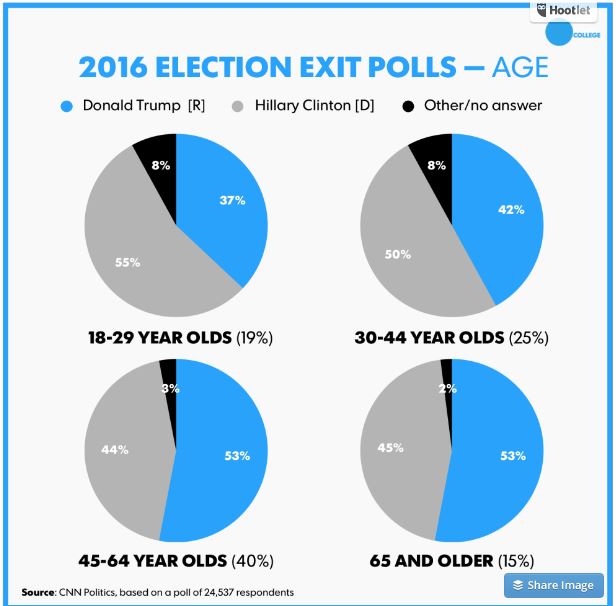