Unions are some of the most corrupt organizations in modern politics.

They use money from coerced dues to fund candidates and causes on campaigns, regardless of whether the members approve or not. In many cases, unions support agendas which are anti-worker and anti-business like minimum wage hikes, environmental regulations, and higher taxes, which kill businesses and jobs! 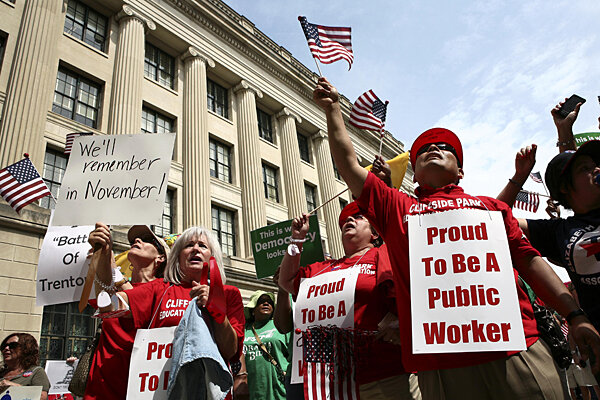 Here are a few things you need to know about labor unions and their corrupting influence on the political process:

1. In 24 states, members are required to join a union as a condition of employment. It’s essential extortion or legalized bribery.

2. Unions hold a corrupt control over local offices and statewide elections in many states. They have turned into an overwhelming political machine for the Democratic Party

3. In Election 2016 alone, labor unions across the country spent $108.2 million on the Presidential election, which doubled what they spent in 2008.

a. The California Teachers Association alone spent $27 million on statewide contests, including $800,000 in the city of Oakland, and $20,000 on a school board race, a record sum.

b. Even though Democrats get 95% of union money, at least 38-40% of the members voted for Republican candidates, including President of the United States.

5. Freedom is the key. To stop the corrupt revenue stream of coerced dues from labor unions to the Democratic Party, elected officials need to support right-to-work legislation. This reform would prevent unions from forcing members to join a union as a condition of employment.

Such legislation is pro-worker, pro-business, and also pro-union, requiring union bosses to pay attention to the needs and views of their employees.

Tell me what you think. Email me at [email protected].